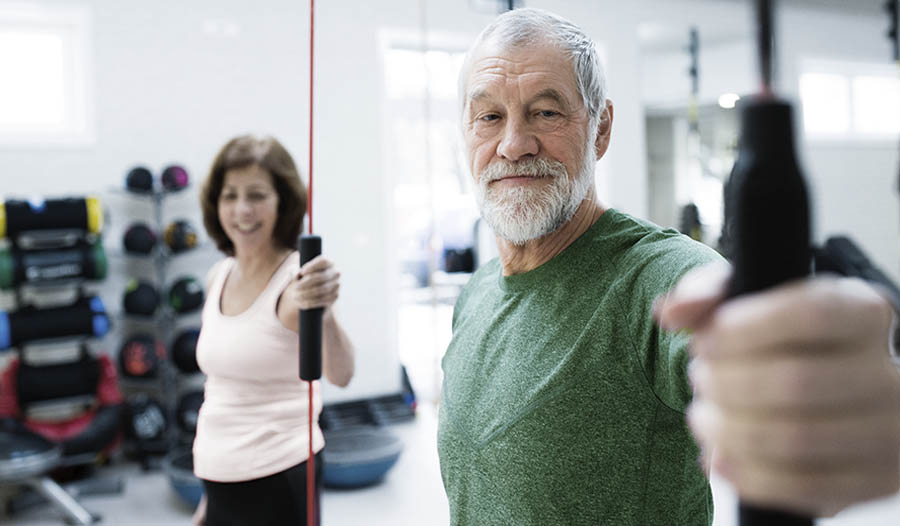 Andropause reflects the appearance of signs and symptoms related to the slow, but steady reduction in the hormones testosterone and dehydroepiandrosterone in middle-aged men. Decreased testosterone naturally occurs as men age, but in andropause or its more technically correct term of “hypogonadism” levels drop below the normal range for a given age.

In case you have not seen the ads for “Low T” on TV or in press, there is a big push by suppliers of prescription testosterone preparations to get men hooked on the quick fix of testosterone therapy. Suffice it to say, that this whole area of andropause and Low T is fraught with controversy.

Do low levels of testosterone produce symptoms in middle-aged men? Absolutely. In fact, the classic symptoms have been recognized for over 70 years ago when two American physicians, Carl Heller, M.D., and Gordon Myers, M.D., showed the effectiveness of testosterone treatment for symptoms of fatigue, depression, irritability, reduced libido, erectile dysfunction, night sweats, and hot flashes.

Subsequent studies over the years have definitely found that some, but not all men, with low age-adjusted testosterone levels show these sorts of symptoms as well as improvement with testosterone therapy.

The best approach to boosting testosterone levels in men with low T is addressing underlying issues by improving the action of insulin, achieving ideal body weight, and improving blood sugar control. Weight loss alone has been shown to increase testosterone levels by 50%. Beyond these basic measures there are a number of natural products that may be helpful:

There are a lot of options in natural medicine for men to improve their declining testosterone, libido, and sexual performance. However, realistic expectations are required along with some common sense. If a man is overweight, does not exercise, and causes significant stress on his system because of other dietary and lifestyle factors, none of these natural products are likely to produce the real magic that he is looking for.

43,977 Views
Hot flashes are a sudden feeling of feverish heat and generally connected to menopause.

5,134 Views
Live your best life after menopause by nourishing yourself with foods rich in the most important nutrients for women over 50.

The Best 9 Supplements and Herbs for Managing Menopause Symptoms